Leonard Scow, of the Kwicksutaineuk/Ah/Kwaw/Ah/Mish Nation, was born in Alert Bay, British Columbia in May 1962. He is the son of Rupert and Sarah Scow. Sarah’s grandfather was Mungo Martin.

The Thunderbird is a mythical creature that is said to be the dominating force of all natural activity.  The Thunderbird creates booms of thunder by flapping his wings, and shoots bolts of lightning from his eyes. By creating rain storms he waters the earth, making it possible for vegetation to grow.   Only the most powerful and successful chiefs and families use the Thunderbird in their crest. Long ago the Native people pleaded to the Thunderbird for help in times of food shortage, he  helped, but in return requested that from then on he be only be depicted at the top of a totem pole with his wings stretched out. 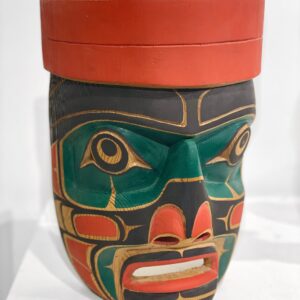 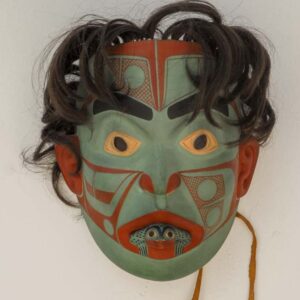 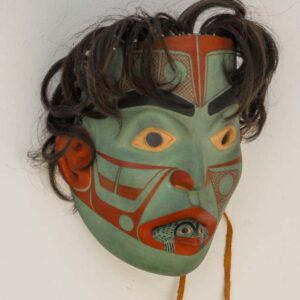 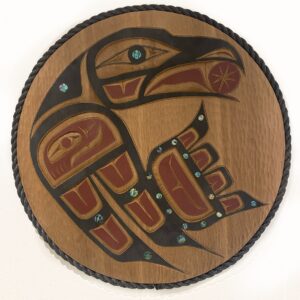 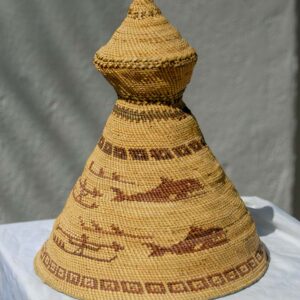 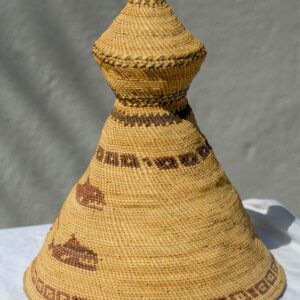