Leroy Henry was born on February 18, 1974 into the Cayuga Tribe, a member of the Turtle Clan. He is a traditionalist which means that he is not a member of the band, observes the old teachings. He started wood carving at seventeen and changed to steatite (commonly referred to as soapstone). Leroy lives and works on the Six Nations Indian Reserve in Ontario.

The bear is a healer and a giver of good medicine, protector and symbolizes physical strength and leadership, learned humility, teaching. A bear is one off the most prevalent figures in crest and shamanic art, as well as in myths. It is a close relation of humankind, perhaps because of physical characteristics such as size, appearance, expression, and behaviours such as standing on two hind legs, gathering plants and berries, fishing and nurturing young. Bears are a well-respected member of their communities. 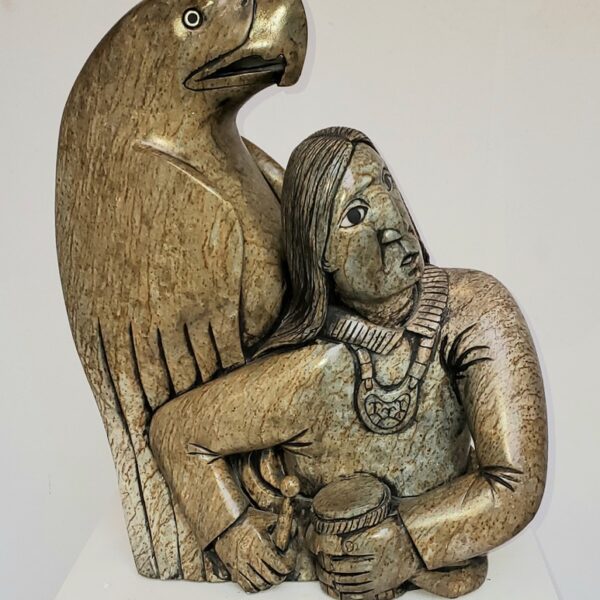 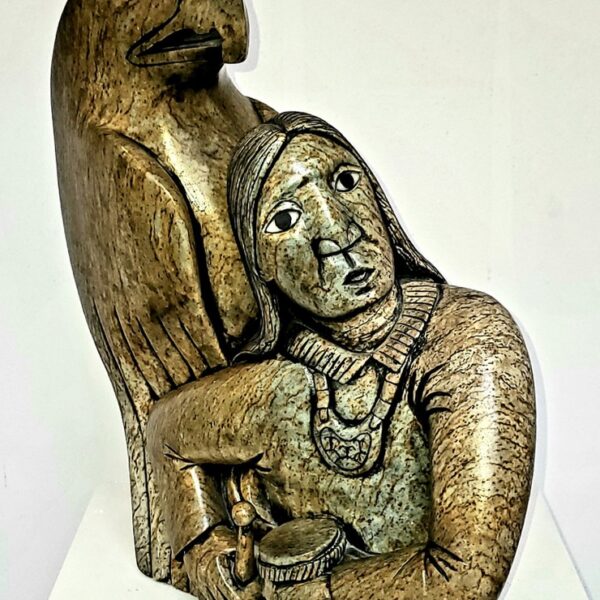 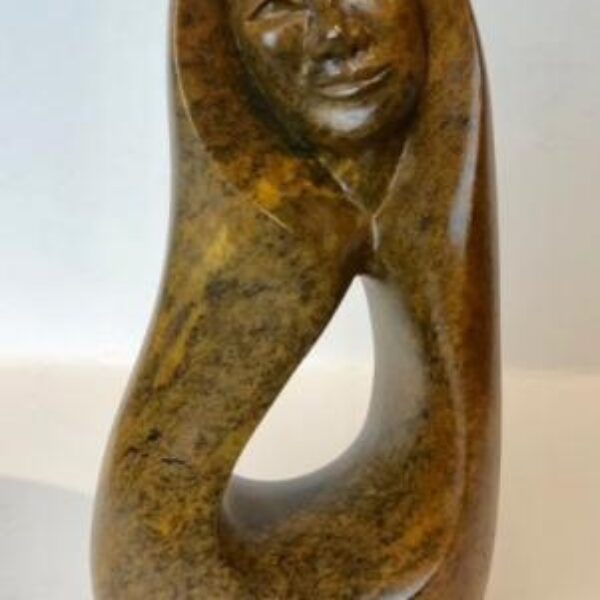 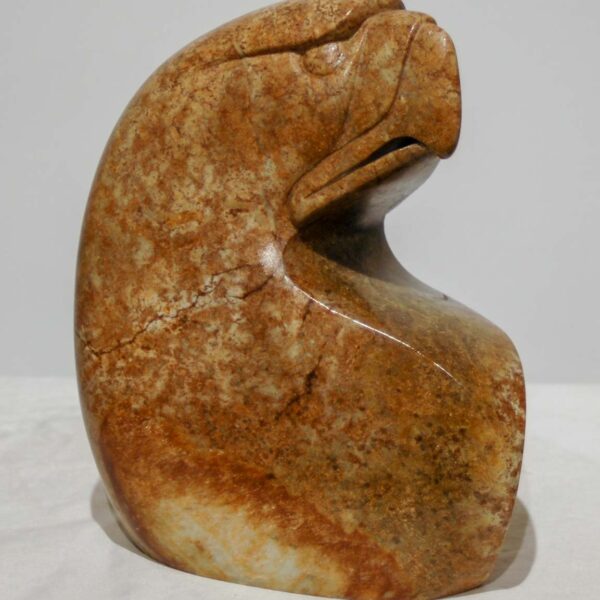 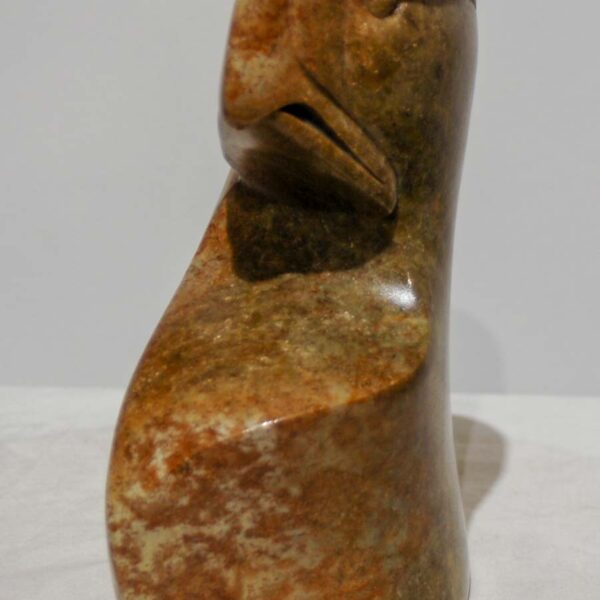 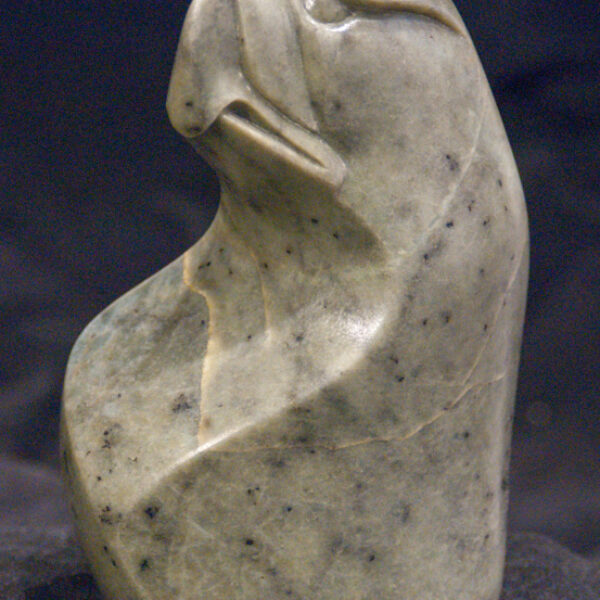 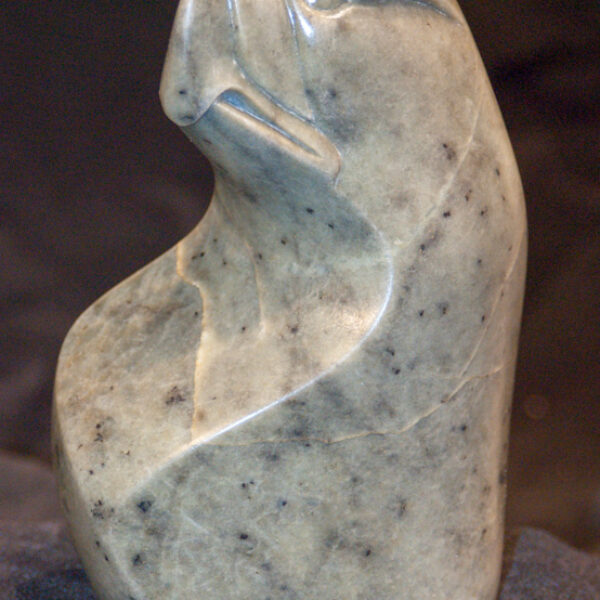