Art Sterritt, a master Tsimshian artist of the ‘Ksan school, is a member of the Eagle clan of Gitga’ata. ‘Ksan is a model traditional Gitxtsan village standing where previous villages have stood for thousands of years near Hazelton in north central British Columbia. Within its exclusive and distinguished Gitanmaax School of Northwest Coast Indian Art, Art studied as a young man in the 1970’s.

The story of Dzilaxoons, the frog woman, explains the origin of the Eagle Clan of Gitga’ata. A young Prince by the name of Asdilda went fishing for trout. Upon catching enough to eat he and his companions proceeded to cook the trout: when it was cooked, the Prince placed his trout on the ground. A frog jumped up and sat on the trout. Asdilda became enraged and threw the frog into the fire, the frog jumped out, the Prince threw it back in until finally it was dead. One of the Prince’s companions took the burnt frog from the fire and placed it in the bushes. Upon finishing their meal the Prince and his companions set off in their canoe to return to their village. The Prince was called back four times by a beautiful woman, with a face blackened as though in mourning, each time the beautiful woman would turn into a frog as Asdilda attempted to embrace her. On the final call the prince would not turn back and the beautiful woman yelled out that he and his companions would be struck dead before reaching the village, all but one who had taken the frog from the fire. He would die upon telling this story to the people in the village. And it was so. After hearing this story the chief placed his daughter, Omen, in a pit with six coppers. When she was in the pit the village was burned to the ground. All perished. While still in the pit Omen heard a mourning song for the frog burned in her brother , Asdilda’s fire. This song gave the frog’s name as Dzilaxoons. When Omen came out of the pit she took a canoe to a neighbouring village. When almost there, a Southwest wind came up and blew her across the water until she landed at Gidwulgadz, near Metlakatla. There she married a chief and bore five children, three sons and two daughters. This family is the origin of the Lax Ske’ek of Gitga’ata now living at the mouth of Douglas Channel. 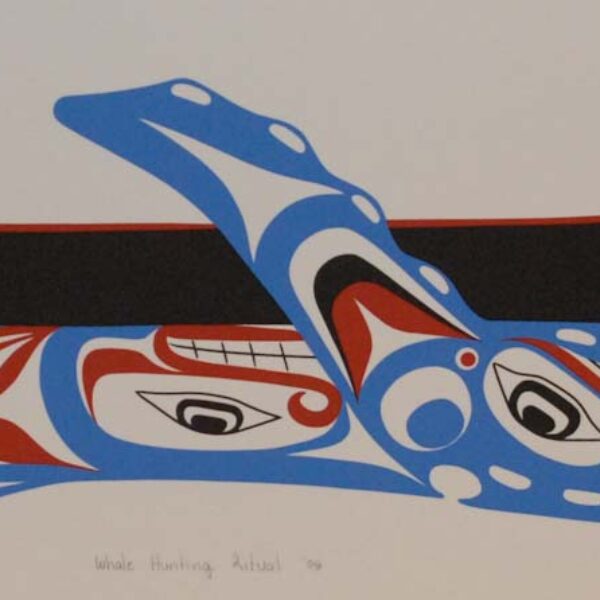 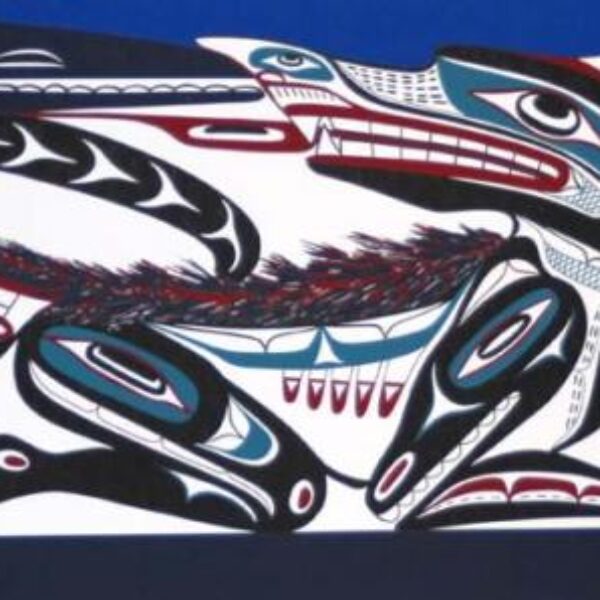 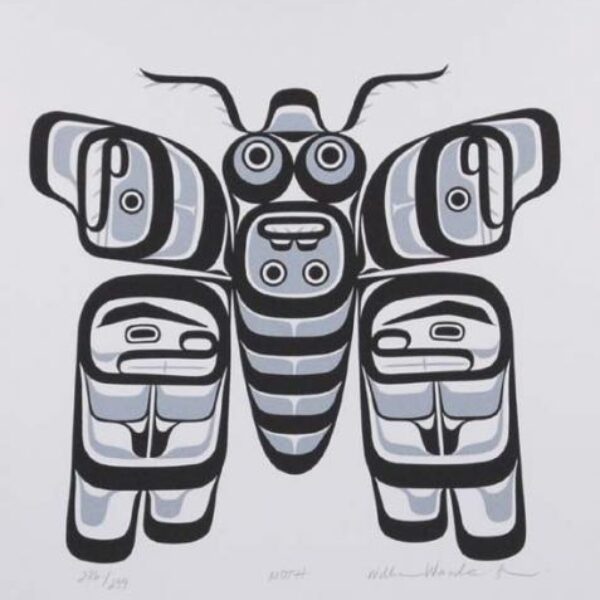